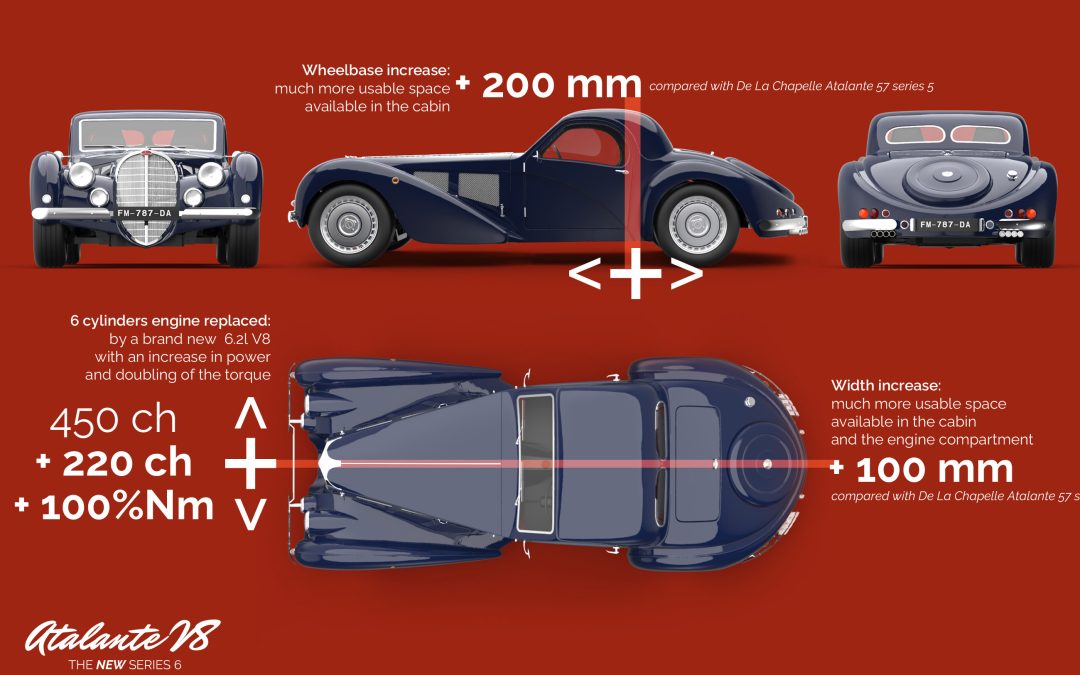 What are the differences between the De La Chapelle Atalante Séries 5 et Séries 6 ?

De La Chapelle is a brand which has always been attentive about the requests and needs of its customers.

The 200mm increase of the wheelbase and the 100mm enlargement were choices dictated by the comments of the users of De La Chapelle automobiles.

From the series 1 to the series 5, The De La Chapelle were all propelled by the BMW inline 6 cylinders which could be tightly nested underneath the pointy engine hood.

The request for more space within the cabin, more amenities and an improved access, widened the options for the engine choice.

Therefore, the V8 engine brought a major increase in power and torque especially, so important for the pleasure of driving.

No comments to show.